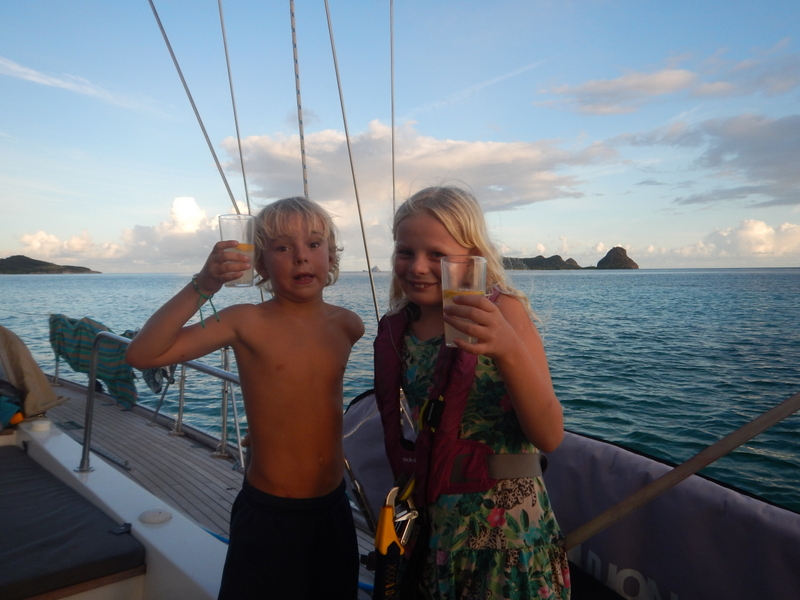 We’ve celebrated many major milestones over the last few weeks – one year living onboard, a year since leaving Cowes and then since leaving the UK. We’ve been in the Caribbean for 7 months and it’s been truly wonderful. The perfect place to find our feet – short sails, friendly mostly english speaking islands and most importantly lots of lovely sailing families. The kids have made so many new friends and thankfully seem to be truly settling into this way of life. I notice it in the little things – they make Lego catamarans, talk about their dream outboard engines and use the VHF radio more naturally than a phone.

It’s hard to continually say goodbye to people but we are starting to take a new path and it feels really exciting. Patrick and I sailed in the Caribbean 13 years ago so it’s always felt a little bit familiar but today we head west to Bonaire. The vague plan – you may have heard the old cliché that cruiser’s plans are written in the sand at low tide – is to briefly visit the ABC Islands of Aruba, Bonaire and Curacao (but oddly not in that order!) on our way to Colombia where we hope to spend sometime exploring inland. Then it’s off to Panama to discover the San Blas Islands en route to the mighty Canal!!! And then the Pacific…

So here is the latest round-up – according to Stella we can now get the following sea-dog tattoos: a swallow which is equal to 5000 miles and a fouled anchor for crossing the Atlantic. Apparently a shell-back turtle is next for crossing the equator – wow we are becoming true salties…

Total nautical mileage: 7218
As the crow flies from Cowes: 3967
Total engine hours: 520
Top wind speed: 40+ knots at anchor in Clifton Bay on Union Island watching the boats drag around us and enjoying our new anchor!

Favourite thing about living on a boat?

Patrick: Waking up in the place you want to be all day. No traffic, no ferries, no deadlines.
Anna: The wonderful cruising community filled with lovely warm and kind people
Stella: Meeting people from all over the world
Fin: It’s fun. I don’t have a favourite thing, I like all the things except school!

Patrick: Englishman’s Bay, Tobago and Sal Rei, Boavista
Anna: I’ll have to add Barbuda and Les Saintes at the bottom of Guadeloupe to the growing list
Stella: Adding Barbuda to the list
Fin: Can’t do that one – every place!

Patrick: Still trying to get to the bottom of the boat jobs list
Anna: Getting a good nights sleep!
Stella: Tying a bowline and concentrating on school!
Fin: Boat school 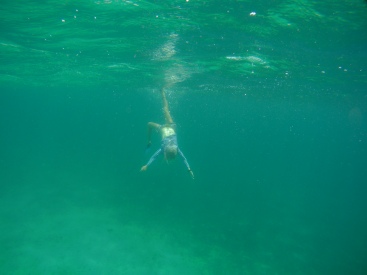 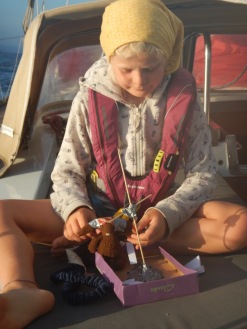 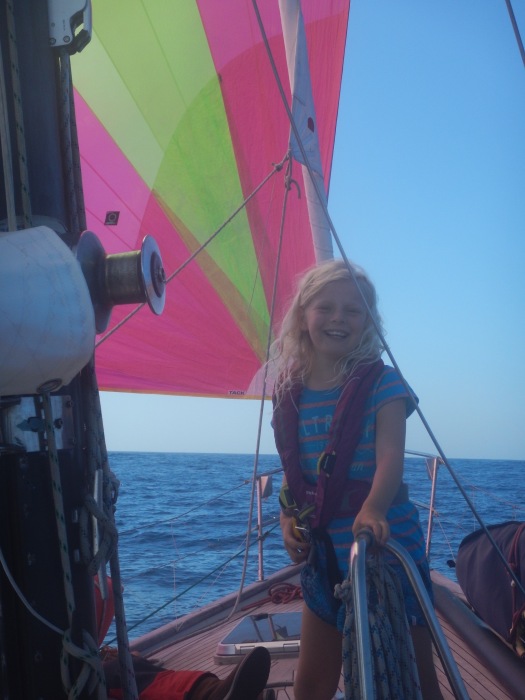 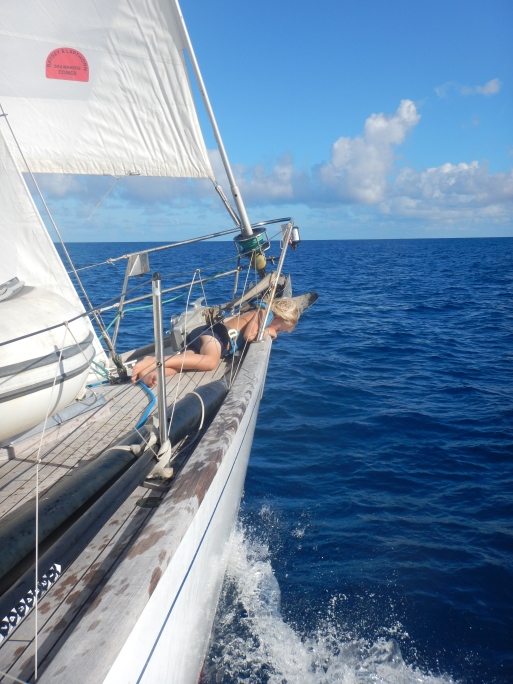 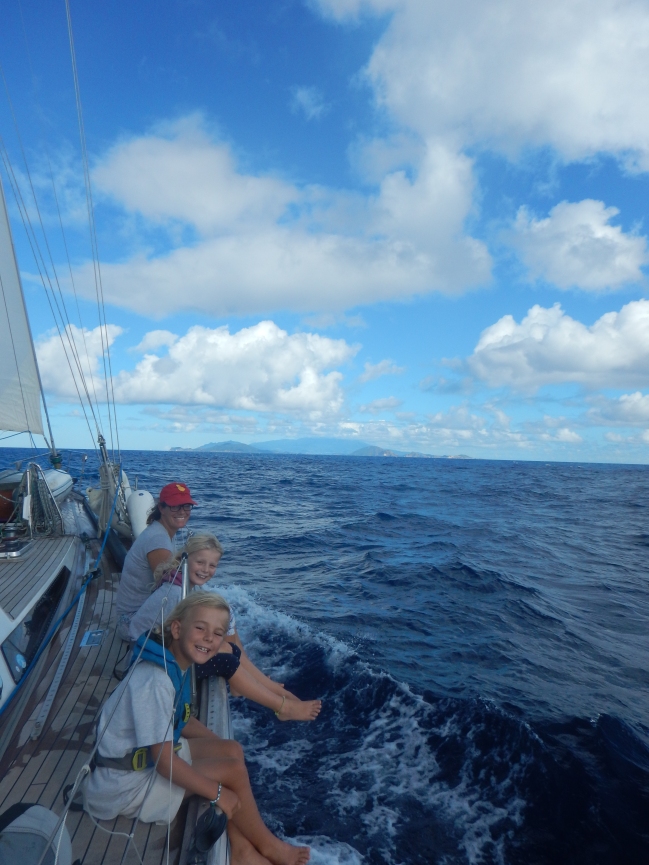 7 thoughts on “Memories and Milestones”